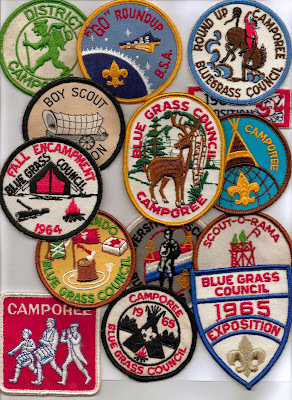 There were all sorts of patches.   Camporee, "Scout-O-Rama", "GO" Roundup, fall encampments, from all sorts of activities they were collected.  Many colors, many shapes, many sizes, and many memories.
Just a few are shown above.

Now this thing called "genealogy" came to be important for me...you know...ancestor collecting.

Posted by The Jones Genealogist at 7:19 AM No comments: