May - 1909, South Cramden, Wisconsin, is written on the back of this picture. 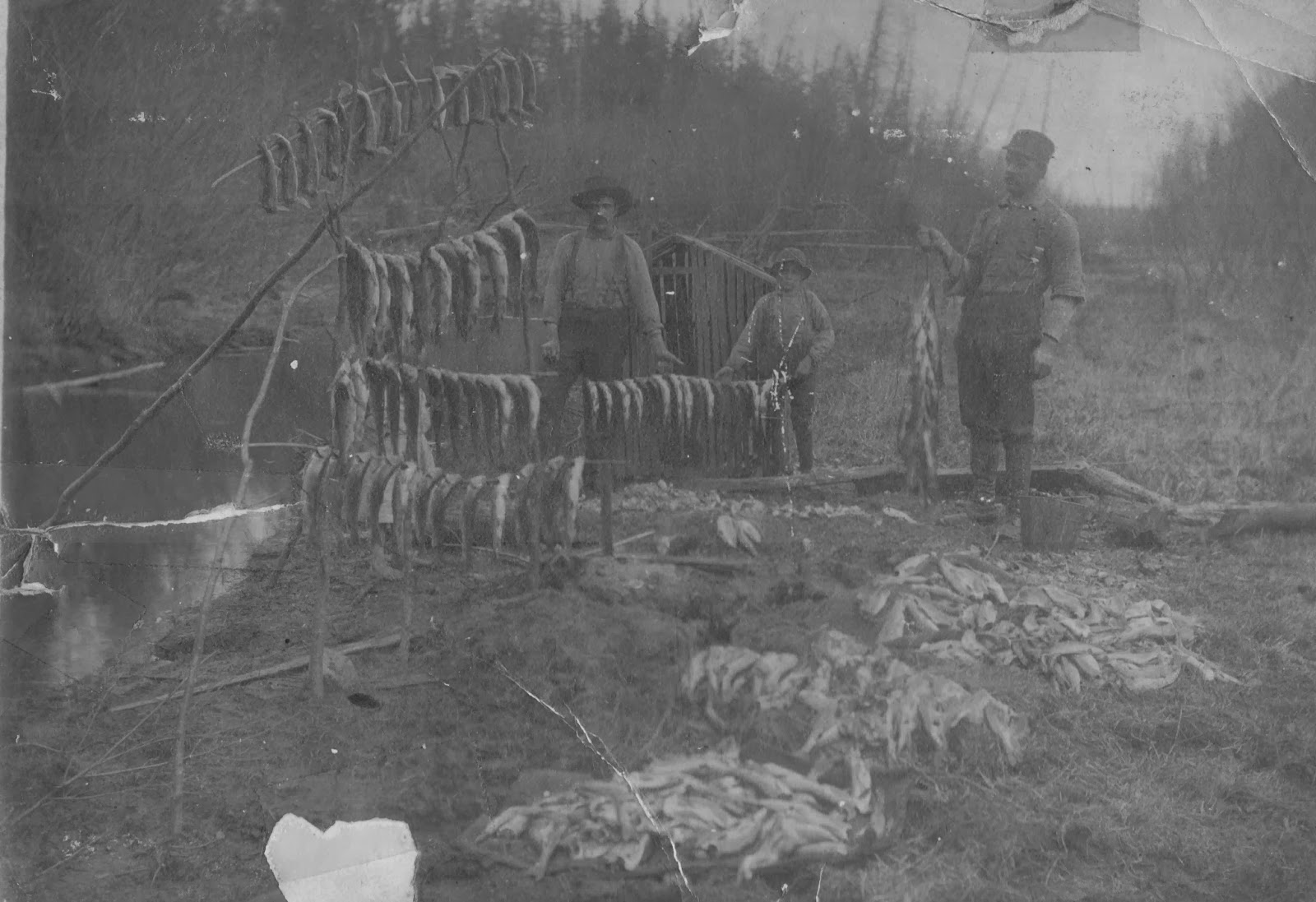 The ones that did not get away is certainly shown.  Three fellas are standing with their catch of the day.  No names are recorded, but they appear somewhat fatigued after hanging all these fish.

Granny Ewen (my grandmother) told of a time when her family went to Wisconsin to live. [She was a Morton then.]  It must have been a real change from the mountain life in Kentucky.  I guess this photograph was taken during this family adventure.  Lots of fish there are to be cleaned, eaten, and stashed away for those long winter nights.  She told me that they could only take one winter, and back to Kentucky they came, but not before all these fish that didn't get away.
Posted by The Jones Genealogist at 7:25 AM No comments:

For a split second, time can be caught in a picture.  The memory can then be relived in the imagination of the one who finds this picture.   Such is the one shown below. 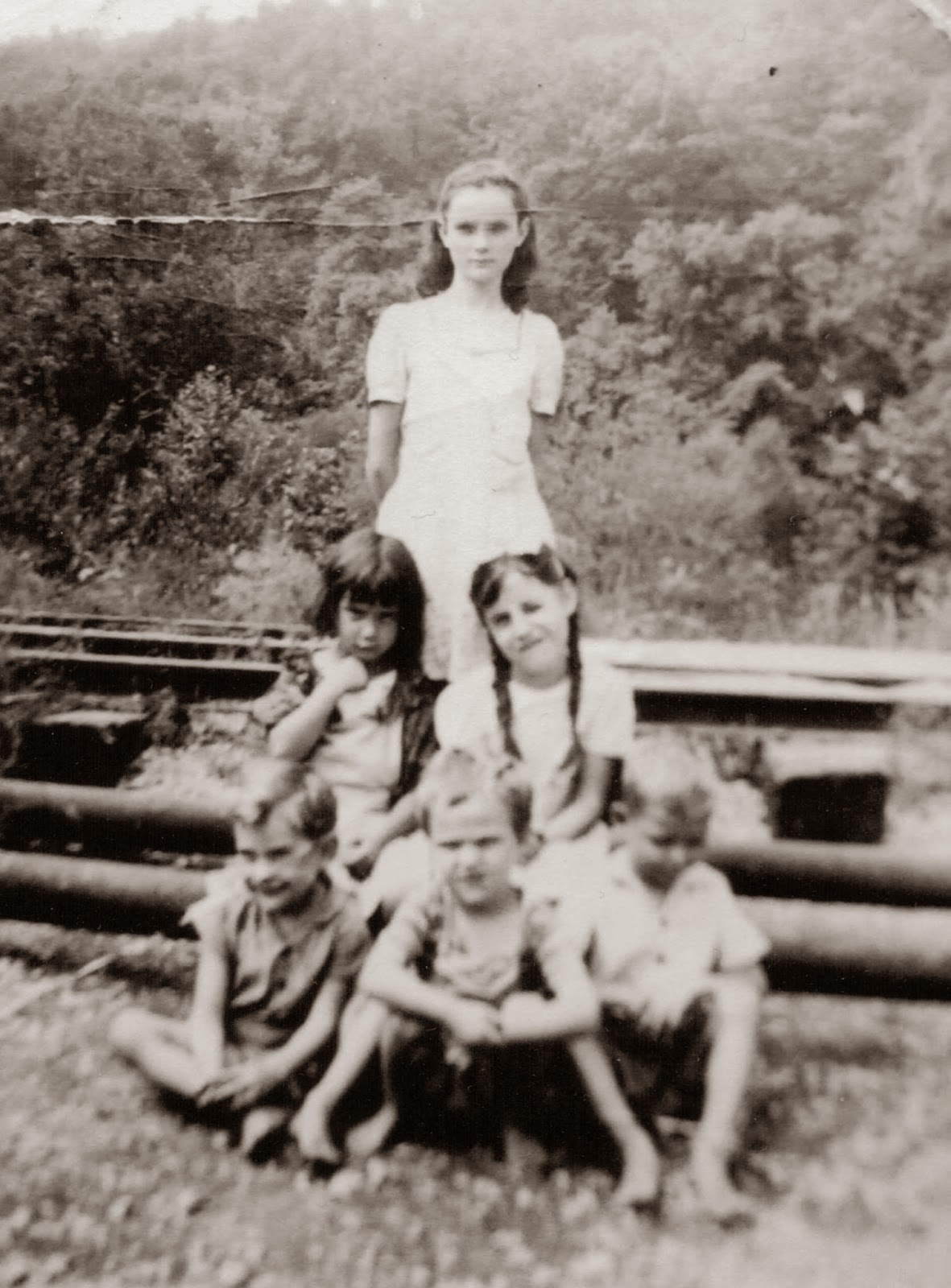 
Here she stands.  A little older, and probably much wiser, in the treatment of snakes and such creatures.  She is shown with her younger siblings and a couple of neighbor children.   They are in front of the rail road track that ran next to their house at Slade, Kentucky.  Rail road tracts were common during this time, and folks would ride the train to come to Natural Bridge which was just up the road.
There is a rest stop now just off the Mountain Parkway that occupies this location in Powell County, KY.   But here, in this picture, my imagination joins them this summer day.  A train will soon pass, and time will move on down the rail.   Hello Ms Blue Racer and friends...revisited.
Posted by The Jones Genealogist at 6:54 AM No comments: